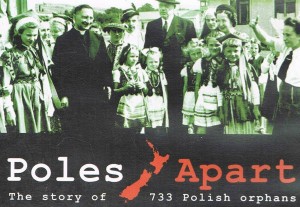 Hosted Visit, open to individuals and small groups: join our popular guided tour of the galleries. Hear an introductory talk and watch the film ‘Poles Apart’.

The museum will open at 10.15 am, we will serve morning tea and start with a talk at 10.30am, the event will finish around 12.30pm, with free time to wander the exhibits The museum is open till 4pm. Price is $10 per person. Morning tea / coffee / biscuits included. Bookings not required.

‘Poles Apart’ (1 hour) tells the poignant story and background of 733 Polish children and 102 adults who came to live in Pahiatua, New Zealand, 1944. These survivors were forcibly deported from Poland to Russia during World War 2 then evacuated to Persia during a short amnesty. They eventually found a home in New Zealand.

Set in the industrial city of Lodz, the film tells a story of a Pole, a Jew and a German struggling to build a factory in the raw world of 19th century capitalism.

‘Ziemia obiecana’ was the nickname of the city of Łódź , given by immigrants arriving in the industrial centre, searching for the

The decisive action of the film begins when three dispossessed but industrious men: a Pole, Jew, and German set out to build their own factory. As one of them says, “I have nothing, you have nothing, he has nothing: this means we have enough to start a

factory.” But complicated relations in the world of manufacturers and Karol’s dangerous affair can destroy visionary plans.

Following on from the Auckland Heritage Festival talk by Jenny Harrison talk we are delighted to offer the following film about Ron Jeffery who she mentioned.

Ron Jeffery was described by the Gestapo as “one of the foxiest devils in Europe” His wartime adventures as a courier, spy and even executioner have all the hallmarks of a fantastic spy thriller– but it’s all true.

This powerful film uses mix of documentary, rare archive footage and vivid recreations to lift the secrecy on this story of a courageous British born, New Zealander during his time in Europe during WW2

Ron Jeffery  served as a Lance Corporal in the 6th West Kent Battalion and was captured during the Battle of France by the Wehrmacht in 1940. He was transported to prison and then to a camp in Poland. He escaped twice from two camps and finally joined up with the Polish Underground Army in Warsaw.

Using forged documents issued under false Polish and German names, Jeffery began to serve as a courier in the Polish Underground, as a part of several missions to occupied cities such as Vienna, Prague and Budapest.

After WW2, Jeffery emigrated to New Zealand where he ran a business.He compiled his memoirs in the book called “Red Runs the Vistula” published in 1985.

This is his story.

In 1996 Jeffery was awarded the Home Army Cross

In 1995, the President of Poland Lech Walesa awarded him the Comander of the Order of Merit, one of the highest honours the Polish Government can bestow on a foreigner.

Film  ‘In Desert and Wilderness’

Celebrate Grandma and Grandpa’s days Saturday and Sunday this weekend!

Enjoy your school holidays with this amazing film.  ‘ In Desert and Wilderness’ is an adaptation of the popular young adult novel, in Polish called ‘W pustyni i w puszczy’ written by Henryk Sienkiewicz.   Beautiful photography. Film recommended for 7-8 years+

The main characters are fourteen year-old Stas Tarkowski and eight-year-old Nel Rawlinson who are thrilled to be with their fathers in the exotic land of Egypt. The palm trees and beaches offer a welcome change from the chills of Europe and the children are fascinated by the different languages and religions that make up the cultural fabric of North Africa….

For more details give us a call 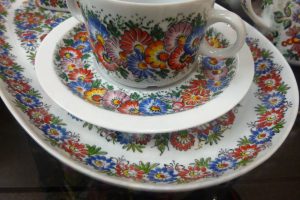 This exhibition is part of the Arts Out East Festival 2018

This Event is part of the Arts Out East Festival 2018

Open to individuals and small groups.

Price is $10 per person. Sorry no eftpos available, receipt given.

‘Poles Apart’ (1 hour) tells the poignant story and background of 733 Polish children and 102 adults who came to live in Pahiatua, New Zealand, 1944. These survivors were forcibly deported from Poland to Russia during World War 2 then evacuated to Persia during a short amnesty. They eventually found a home in New Zealand.

This drama/fantasy tells the legendary story of King Popiel. It is set in Poland’s pagan times with fast action, explicit battles, romance and spectacular costumes. The fates of the characters interlace in an everlasting fight between good and evil and human passions of love, hatred and the greed for power.

The story focuses on Popiel, an evil and oppressive ruler who uses force unjustly on neighbouring people. The people unite and make an effort to overthrow him. Within the story are the Sun deity, a four faced statue worshiped by the Poles, and the Viking Odin, a second force portrayed as a very powerful group of warriors, who battle the pre-historic Poles.

The battle scenes are graphic and bloody with realistic special effects and sheer brutality.Of course, there is a love story complete with magical pagan rituals and dance. The movie contains eerie music and beautiful photographic imagery.

This feature film, based on an 1876 novel by Józef Ignacy Kraszewski, was released in the UK in 2011 under the title ‘Army of Valhalla’.

If you enjoy historical movies you have to watch this one.. 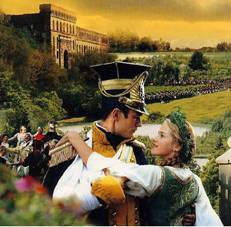 Pan Tadeusz or Mr Tadeusz, recounts the story of two feuding noble families and the love between Tadeusz Soplica (the title character) of one family, and Zosia of the other. Beautiful scenes and period costumes make this a must see…

The subplot involves a spontaneous revolt of the local inhabitants against the occupying Russian garrison.

The story takes place over the course of five days in 1811 and one day in 1812 at a point in Polish history, when Poland-Lithuanian Commonwealth had already been divided between Russia, Prussia, and Austria. The scene is set in the Lithuanian village of Soplicowo. 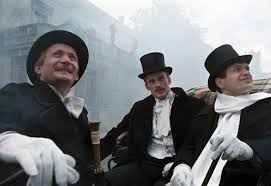 This historical drama is set during the late 19th century in Lódz, the cradle of the Polish textile industry, which seems to be a promising place for European migrants to Poland.

The film begins when three dispossessed but industrious men, a Pole, a Jew and a German set out to build their own factory. As one of them says, “I have nothing, you have nothing, he has nothing: this means we have enough to start a factory.”

But complicated relations in the world of manufacturers and a dangerous affair can destroy visionary plans.

‘Ziemia obiecana’ was the nickname of the city of Łódź , given by immigrants arriving in the industrial centre, searching for the prosperity promised by rapid modernization.

Viewers have commented that this film, made during the communist era, is also anti-capitalist.

Warsaw residents Ola and Jan experience one of the most important battles in world history. The Battle for Independence halted the Red Army’s march on Europe in the aftermath of WW1, forcing Lenin and Trotsky to resign from lighting the ‘flame of the world revolution’.

However, it is not the historical figures, apart from Pilsudski, who will play a decisive role in this film. The entire burden of action and the involvement of the audience’s emotions falls on the shoulders of the two literary characters: Ola, a revue theatre actress and her recently married husband Jan, a communist-supporting idealist. The fighting lines will be shown by Jan’s fate. Ola will be a participant and witness of the emotions experienced by the residents of Warsaw.

The 1920 Battle of Warsaw is the only battle fought and won by the Poles, unassisted by others, since the 17th century.